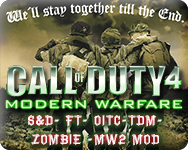 For seventeen years a group of dedicated gamers and friends has made -:Uis:- what it is today, a clan of which we are all justifiably proud.

With more than 2200 battles to our name, -:Uis:- is a clan where taking part is far more important than winning. We are not a pro clan, we play games for fun. Every player that wanted to play in a match did, even if we swapped the whole team at half time.

Having played competitive matches in a number of leagues as well as friendlies, we've finally come to the end of matches, for now! Since the demise of games with dedicated servers we've struggled to find a game we all like for competition.

We do however still play games together, inc Pool, ETS2, Ghost Recon Breakpoint, Rocket League, and even still good old Cod4, occasionally. It doesn't matter if we are all playing different games either. Being together on TS and at meetups is the most important thing. Meetups Covid permitting!

Call of Duty 4 is the last game to find a place in the -:Uis:- gaming schedule. We've played more than 1400 battles, but we no longer play this game in competitive matches. There are a few of us that still play search and destroy, and freezetag on public servers.

This is the game we started with as a clan, having played more than 800 battles.

Our titles and trophies are a testament to our success, which is amazing since we never trained. To us having fun and enjoying a game with our clan mates is more important. 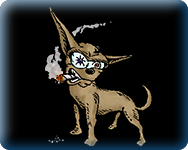